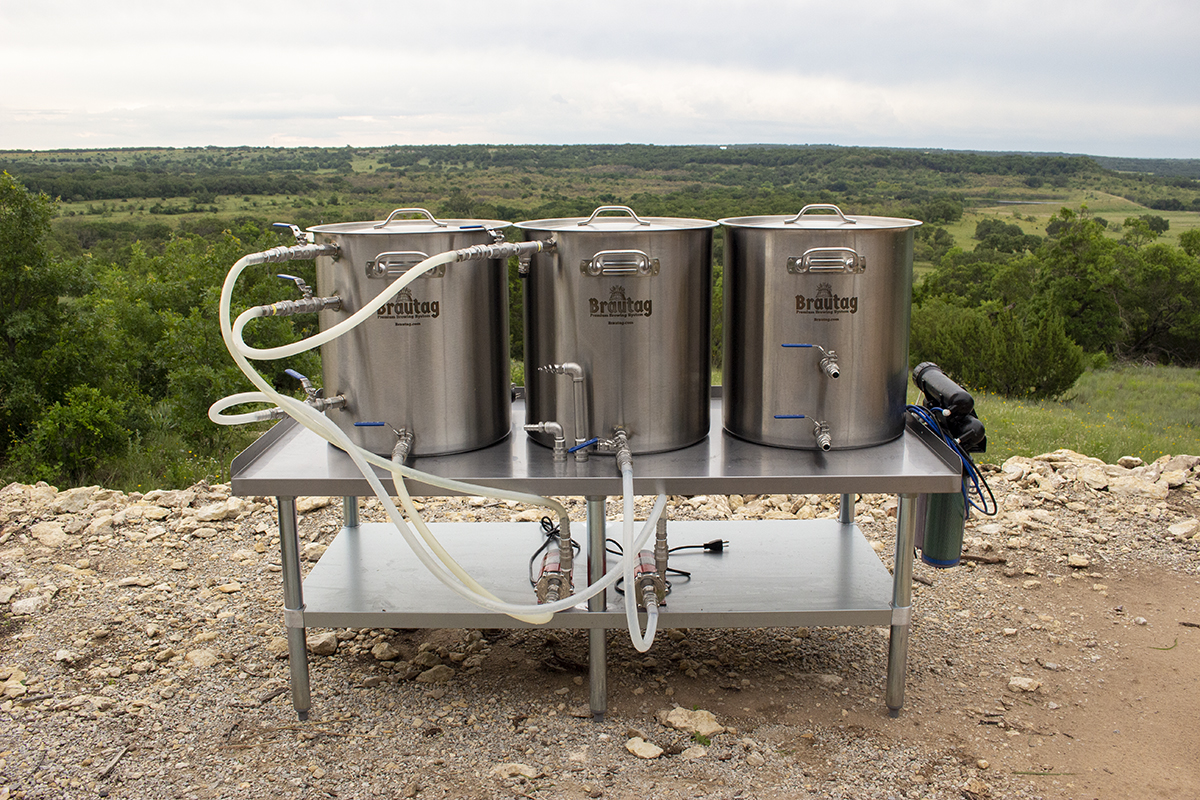 Brautag is the German word for “Brew Day”, which is our favorite day of the week. Our Brautag system is perfect for you to brew your best beer yet! “HERMS” means “Heat Exchange Recirculating Mash System” and is our preferred style of brewing because it uses indirect heat to warm up your mash which eliminates issues with scorched grain and enables you to achieve very consistent brewing temperatures. Our Brautag brewing system has three 20 gallon kettles and is the perfect size for 15 gallon batches. 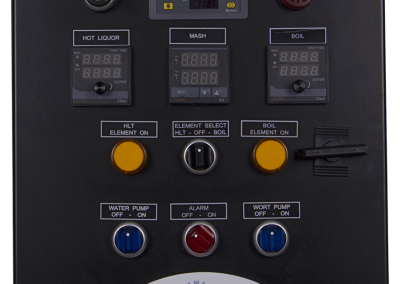 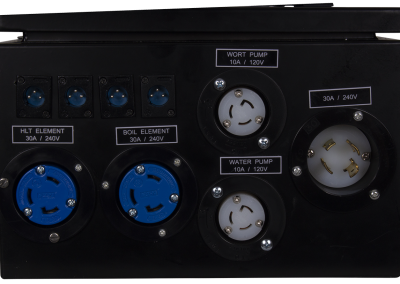 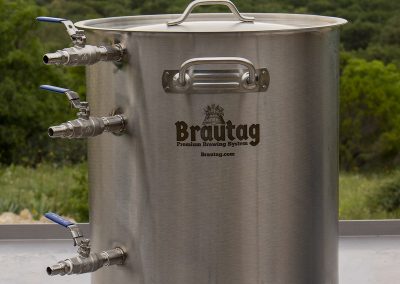 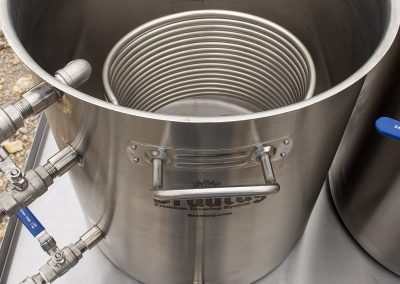 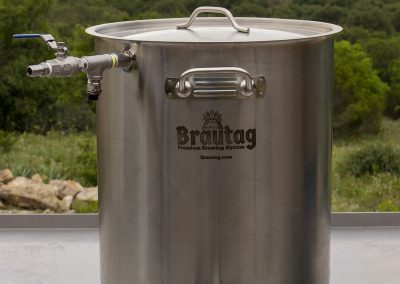 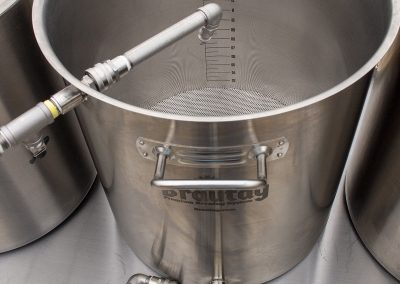 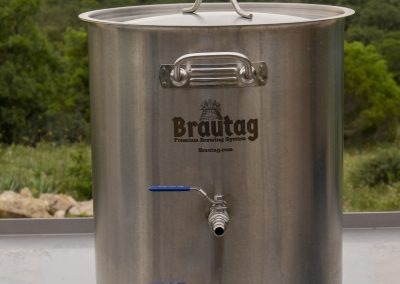 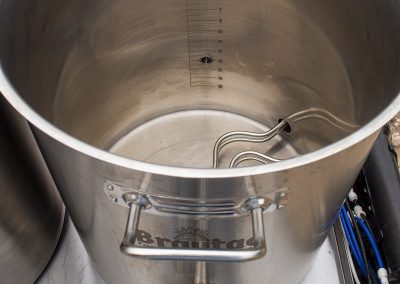 Hot Liquor Tank (HLT) is fitted with a 50′ half inch stainless steel recirculating HERMS coil for the most effective form of heat exchange.

Mash Tun comes with two premium quick connect attachments for sparging and a durable false bottom to ensure clear recirculation for your mash and sparge.

Boil kettle is fitted with premium components such as the tri-clamp fitted immersive heating element (which makes it easy to remove for cleaning or replacement) and stainless steel valves with quick connects.

The Brautag controller is an innovative no-nonsense controller developed to make your brew day better. It’s easy to understand which makes it easier for you to fully control the brewing process. Dial in your temperatures with ease and control the entire process at the flick of a switch or push of a button. 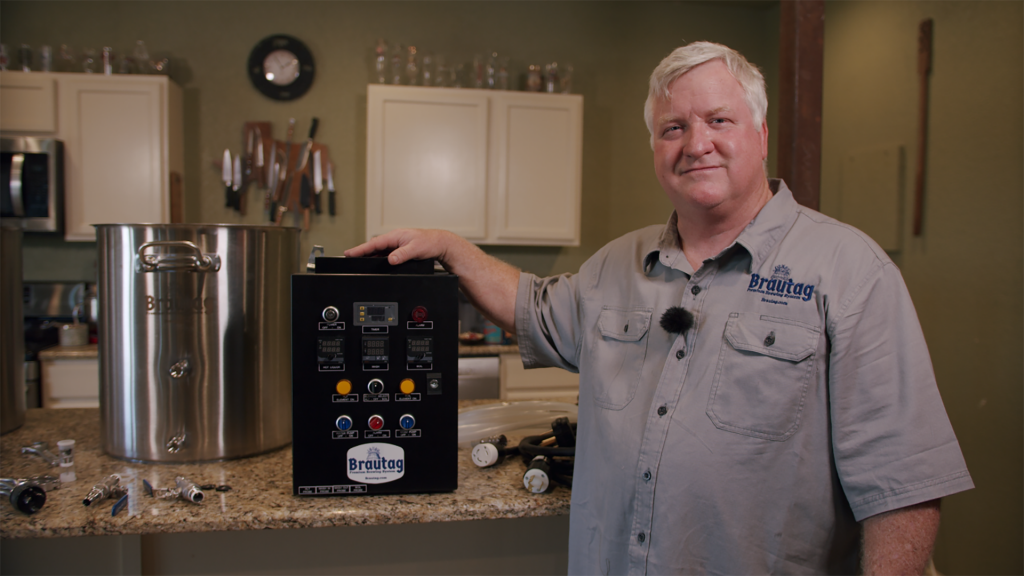 ABOUT US & OUR BRAUTAG HERMS SYSTEM

We are brewers. Todd, James, and Joshua have been brewing for many years. Todd brewed his first batch in 1984, but took a few hiatuses over the years, James started in 2002 and Joshua first brewed around 2008. We have brewed on every system imaginable and made every mistake possible. We have made some damn fine beer and some really bad beer. We have found that brewing with a HERMS system has improved our consistency and greatly increased the quality of our beer and we would like to share that experience with you.

We also work together, do a podcast together (homebrewhappyhour.com), brew together and drink beer together. There is a lot of togetherness. Despite all this time in collaboration, we are different in many ways. We each have strengths and weaknesses and have worked to build a system that all three of us are comfortable brewing on and more importantly, you will be comfortable brewing on.

Why did we decide to build a HERMS brewing system from the ground up?

James and Todd have been brewing on HERMS systems for several years and this has become our go to system. We have brewed on some fantastic systems over the years, and we would like others to experience the joy of brewing on a HERMS system. One of the most challenging parts of brewing on previous HERMS systems is the control systems. They are often too complicated. Most people want to brew beer, they do not want to program. Our goal from the beginning was to create a simple to operate HERMS systems that lets you concentrate on Brewing, not on the electronics and algorithms. We did not just want a system that James could brew on, but one that Todd and Joshua could brew on as well! At the same time, we realize that as people progress in brewing, they may want to have more automation and even some of those damn algorithms thrown in the mix, so our controls are set up simply with the ability to increase the level of sophistication as you progress as a brewer.

Why should I buy a HERMS system from you three guys?

First and foremost, all three of us have children and they are expensive. Possible more important to you, we are here to help you brew good beer. We were not in a hurry to release this system; we have been working on it for several years and we wanted to make sure it was the best system we had ever brewed on. Here are some of the ways we will be with you in this new experience:

We have produced a series of videos on our Homebrew Happy Hour site that walks you through each step of the process. These include:

We have written a detailed, yet simple guide to Brewing with the Brautag HERMS system. This is a great supplement to the videos and it something can have up on your laptop, phone, tablet when you brew or if you are old like Todd, you can even print it out. When we wrote this guide our goal was to be able to hand it to someone that has never brewed on this system and allow them to brew without any other guidance. Seems like an obvious statement, if it does you must not have read some of the instructions we have in the past! In addition, this is not a static document. As we get questions and suggestions from users, we will update the document and keep the updated version on our sites.

We are three down to earth guys that want you to succeed. If you have questions, we are here to help. We will warn though that our goal is to work ourselves out of a support job by making the system easy to use and having the videos and other documentation above to assist you in learning the system.

So Why the Name Brautag? –

Brautag is the German word for Brew Day, which happens to be our favorite day! Our work takes us to Germany, and we have even had the privilege of homebrewing in Germany before. Brautag is a salute to the wonderful brewing heritage of Germany. We know you will have many happy brew days with this system.

SEE IT IN ACTION

Click any of the logos below to purchase our premium brewing system from any of our partner retailers! 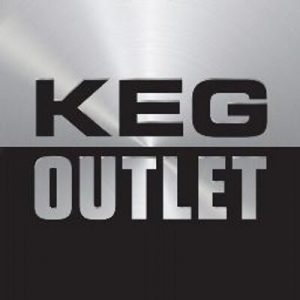